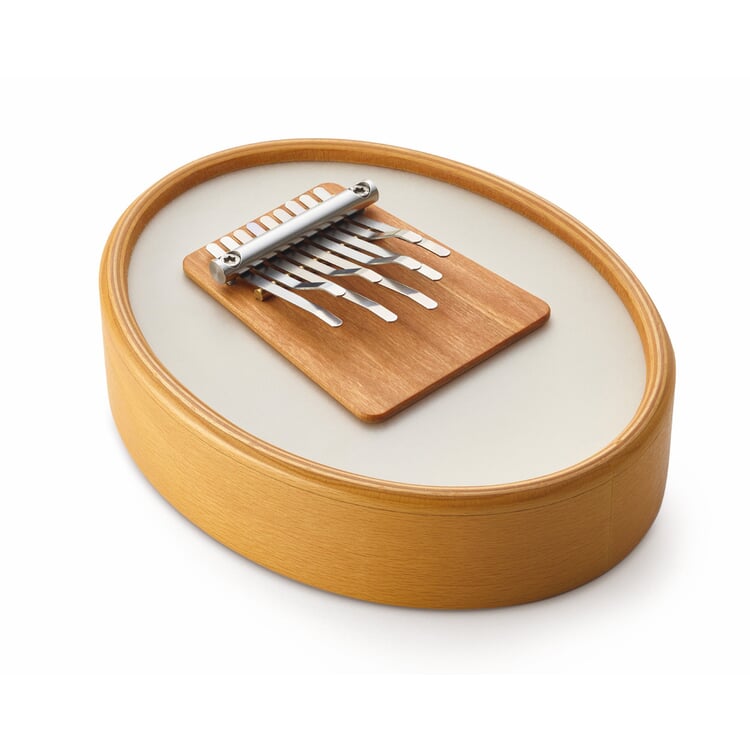 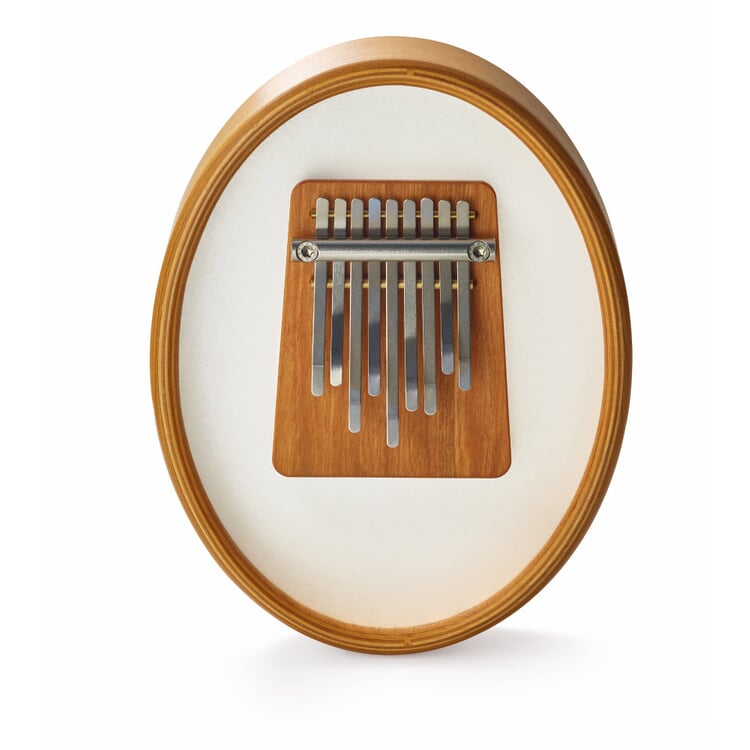 Sansula Renaissance
In stock, Delivery in 5-6 days
We regret to inform you that, due to Brexit, we are unable to accept orders from our UK customers.

A very melodic and easy-to-play instrument: the Sansula. The instrument was devised by Peter Hokema and is produced by his small manufacture in Walsrode, a town in the Lüneburg Heath in Lower Saxony. The instrument can be classified as part of the lamellaphone family. Members of this broad family of instruments are known by a wide variety of names. In the Anglophone world, it is often called a thumb piano. Indigenous African names include likembe, mbira, sansu, zanzu, karimbao, marimba, karimba, okeme, ubo, or – between the late 1960s and early 1970s – sanza, as well as marímbula (also kalimba) in the Caribbean Islands. Unlike the kalimba which usually consists of a wooden body and several steel tongues, the Sansula has a resonant body built by a frame drum and drum skin supplementing its "kalimba part". The Sansula’s "kalimba part" has nine tongues which are tuned to the chord of A minor (plus two extra notes, h and f): to play a disharmony requires gross negligence. It is easy to play music extemporaneously with the Sansula, by inventing variations on a melody or creating new melodies, rhythms and harmonies – even for non-musicians. Additionally, by lifting the frame up and putting it back down again on the table while holding the instrument with both hands and using one’s thumbs to pluck the metal tongues so that they vibrate, a tremolo, known in electric guitar playing as the "wah-wah" sound effect, is achieved.