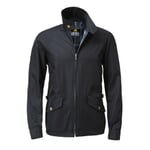 Grenfell Men’s Golfing Jacket
Dark blue
Sold, No longer available
We regret to inform you that, due to Brexit, we are unable to accept orders from our UK customers.

In our quest to guarantee you the best possible reliability and functionality in products, at times there is the need to be inventive: our team develops tailor-made solutions in-house or recommends product upgrades corresponding to our guiding principles to associated manufacturers.

This all-weather jacket, which made its debut in 1931, keeps professional golfers warm from tee to green the world over. Today’s model is based on the edition worn by the English and American Ryder Cup teams in 1947, featuring the two-way zipper, stand-up collar and button-down placket pockets in the front. The outer fabric is Grenfell cloth, while the ruffled lining uses the classic Grenfell check. The size of the waist can be adjusted using the metal buckles, while the two buttons on the cuffs mean they can be worn tight or loose.

The Grenfell brand takes its name from the British doctor, Sir Wilfred Thomason Grenfell, who settled in the late 19th century on the Labrador coast in Newfoundland, where he played a pivotal role in building a modern health and social welfare system. His patients, mostly fishermen, lived scattered along the rugged, inhospitable Arctic coastline, which meant Grenfell often had to make visits using one-person sledge over unchartered territory.
Grenfell needed the right clothing to weather such hardships. It had to be warm, wind resistant and waterproof. Walter Haythornthwaite, a British weaver, developed just the right sort of fabric for Grenfell in the early 1920s. The doctor was so enthusiastic about how suitable it was that he suggested not only that it be produced for him, but also that it ought to be sold under the name of "Grenfell Cloth". The rest is history.
Even today the name Grenfell is synonymous with functional adventure-wear and sportswear that stands up to the most rigorous demands. And Grenfell’s sense of social responsibility is firmly rooted in the company’s philosophy too. That is why the Grenfell label gets involved with organisations such as Médecins Sans Frontières (MSF, Doctors without Borders). 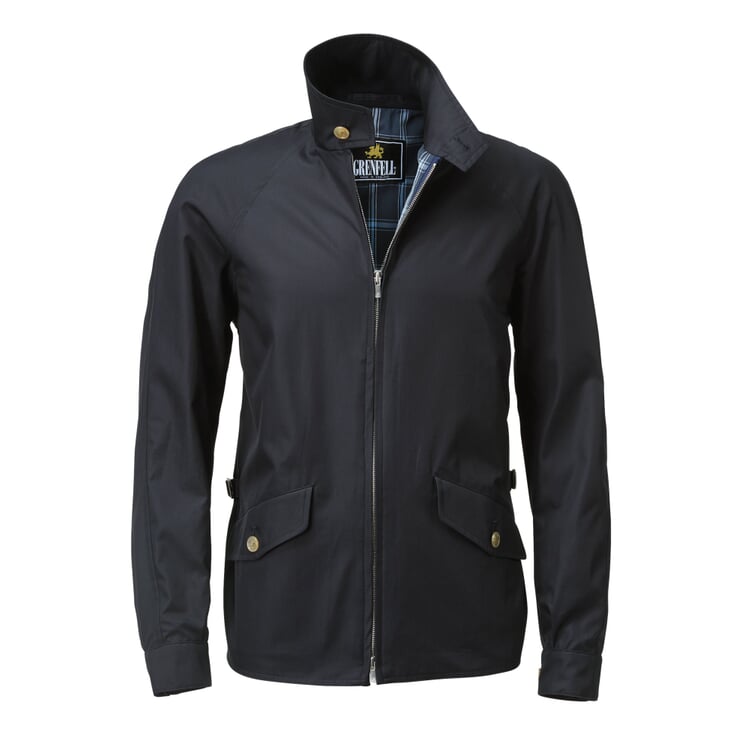